In my last post I talked about how Joseph’s brothers were given a second chance. They 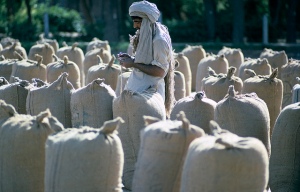 had acted in the most appalling way when they sold their younger brother Joseph and then deceived their father. Having then lived with the consequences of their actions for more than 20 years, they were placed in an almost identical situation, as a test to determine whether they had changed. END_OF_DOCUMENT_TOKEN_TO_BE_REPLACED

The story of Joseph, son of Jacob (Israel) is one of the better-known ones from the Old Testament. Eldest son of his father’s beloved Rachel, Joseph was consequently apparently doted on, which led to resentment from his older brothers, which in turn led to his being sold into slavery and ending up in Egypt.

Joseph must have been an incredibly talented man, for everywhere he went he ended up being placed in positions of authority. END_OF_DOCUMENT_TOKEN_TO_BE_REPLACED